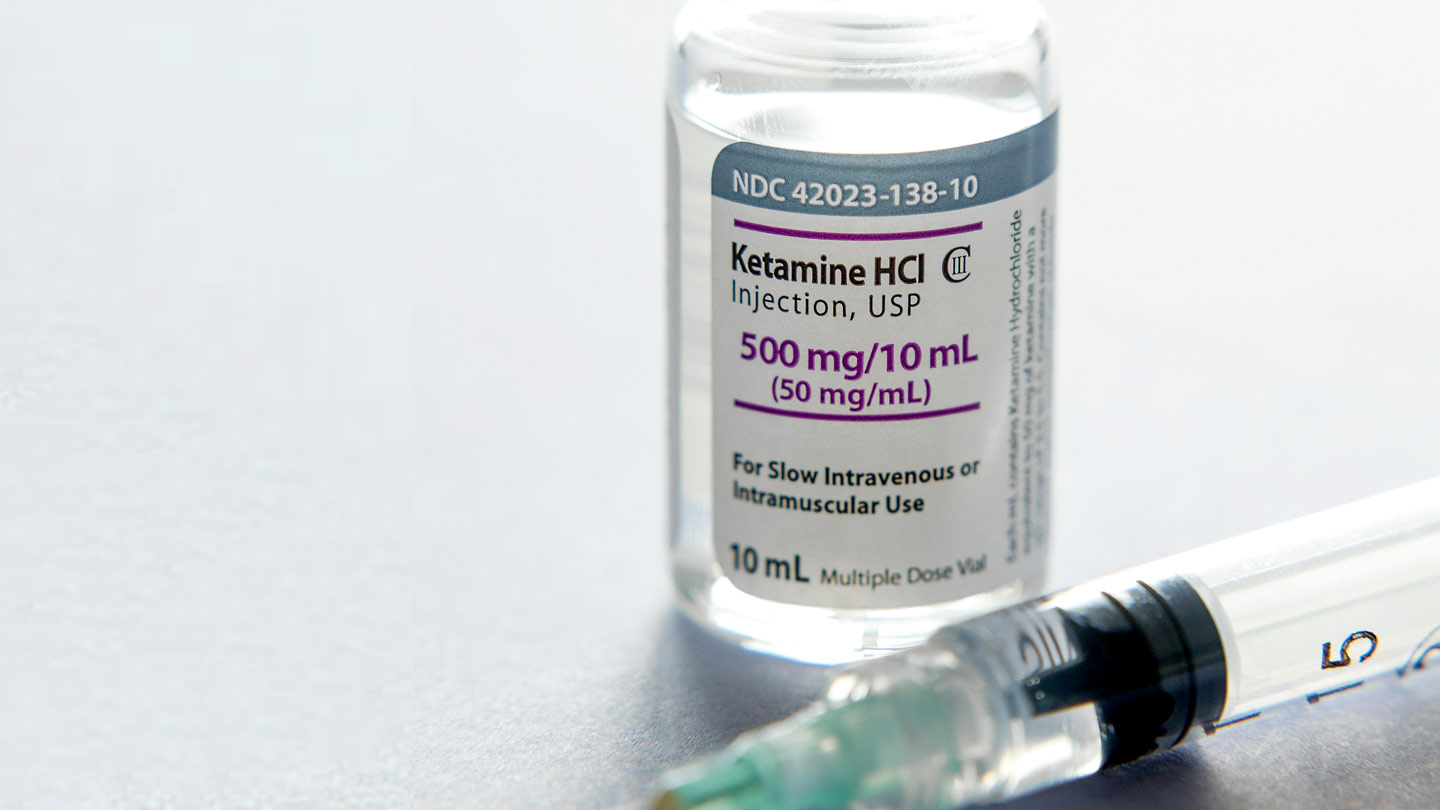 Globally, more than 300 million individuals experience depression, whereas in the United States alone around 16 million individuals have MDD [1]. One of the significant causes of disability in the United States is a unipolar major depressive disorder (MDD) [2]. According to Schwartz J et al., the currently approved antidepressants in the market take several weeks to months to attain a significant effect, and there was no response to these medications in one-third of patients with MDD [3].

Ketamine has gained attention as a treatment option for individuals with treatment-resistant depression (TRD) as it offers a significant advantage compared to the current medications by using a different mechanism of action.

Ketamine acts by blocking the NMDA receptors which causes a signal change in the AMPA [α-amino-3-hydroxy-5-methyl-4-isoxazole propionic acid] receptors thereby increasing AMPA flow. This multistep activates two receptors which lead to a series of neuroplastic changes in the brain cells eventually leading to the formation of new synapses and neural membranes. Schwartz J et al. [3] explained ketamine causes an increase in the brain-derived neurotrophic factor (BDNF) translation and secretion thereby activating synaptic plasticity and is also involved with glycogen synthase kinase-3 inhibition. They also stated that BDNF responds to both ketamine and natural antidepressants leading to synaptic plasticity which occurs rapidly (few hours) with ketamine [3].

Who Will Benefit From Ketamine?

According to Wan LB et al. [4] individuals with TRD had a 50-70% response with an intravenous (IV), single low dose (0.5 mg/kg) ketamine. On the other hand, Kavalali ET et al. stated that TRD individuals had symptom relief within 2 hours after Ketamine administration and the effect lasted up to 2 weeks. Wan LB et al. explained the reason for a wide range of duration of efficacy could be due to variabilities like age, gender, comorbidities, and duration of depression in the study population [4].

The clinical variables like current episode and duration of depression, lifetime history of antidepressant treatment and comorbid anxiety did not affect mean differences between ketamine and placebo. Schwartz J et al. [3] reported that this is very important clinically as these variables have not responded well to traditional antidepressants. Ketamine can be used in veterans, military personnel and civilians as individuals with post-traumatic stress disorder benefitted from IV Ketamine in a study done by Feder A et al [5]. Ketamine as a potentially life-saving drug by demonstrating its rapid anti suicidal benefit in both chronic and acute settings [3].

According to Andrade C et al. [6], oral, intranasal and subcutaneous methods are convenient to administer ketamine although it is generally administered intravenously (0.5mg/kg). Ketamine for a long duration on a routine basis can be hazardous especially intravenously as it leads to white matter changes in the brain. Schwartz J et al. [3] stated that a single dose of ketamine is effective up to  7 days and 3 to 4 days in individuals with unipolar TRD and bipolar depression respectively.  Nausea, vomiting, dry mouth, headache, blurred vision, dizziness, dissociative experiences and impairment in coordination and concentration are some of the common adverse effects observed with ketamine [3]. Individuals with a history of a cardiovascular condition should be regularly monitored for changes in their blood pressure and heart rate. This study also stated that ketamine can exacerbate psychotic episodes in individuals with a history of psychosis and should be used carefully in these individuals and individuals with a history of substance abuse might want to use ketamine as it is a drug of abuse [3].

Ketamine is an excellent model for what should happen with a good antidepressant when there is adequate response due to its rapid onset of action which can further help in the development of new agents. Based on extensive research, the off-label use of Ketamine is reasonable despite not being approved by the US Food and Drug Administration for treating TRD. Clinicians should be aware of the optimal dose and the adverse effects of ketamine. As ketamine is associated with cardiovascular complications, it should be administered in a clinical setting which has an individual trained in advanced cardiovascular life support (ACLS). However, using ketamine for TRD has not been finalized, and further studies need to be conducted to demonstrate its safety in the clinical setting.