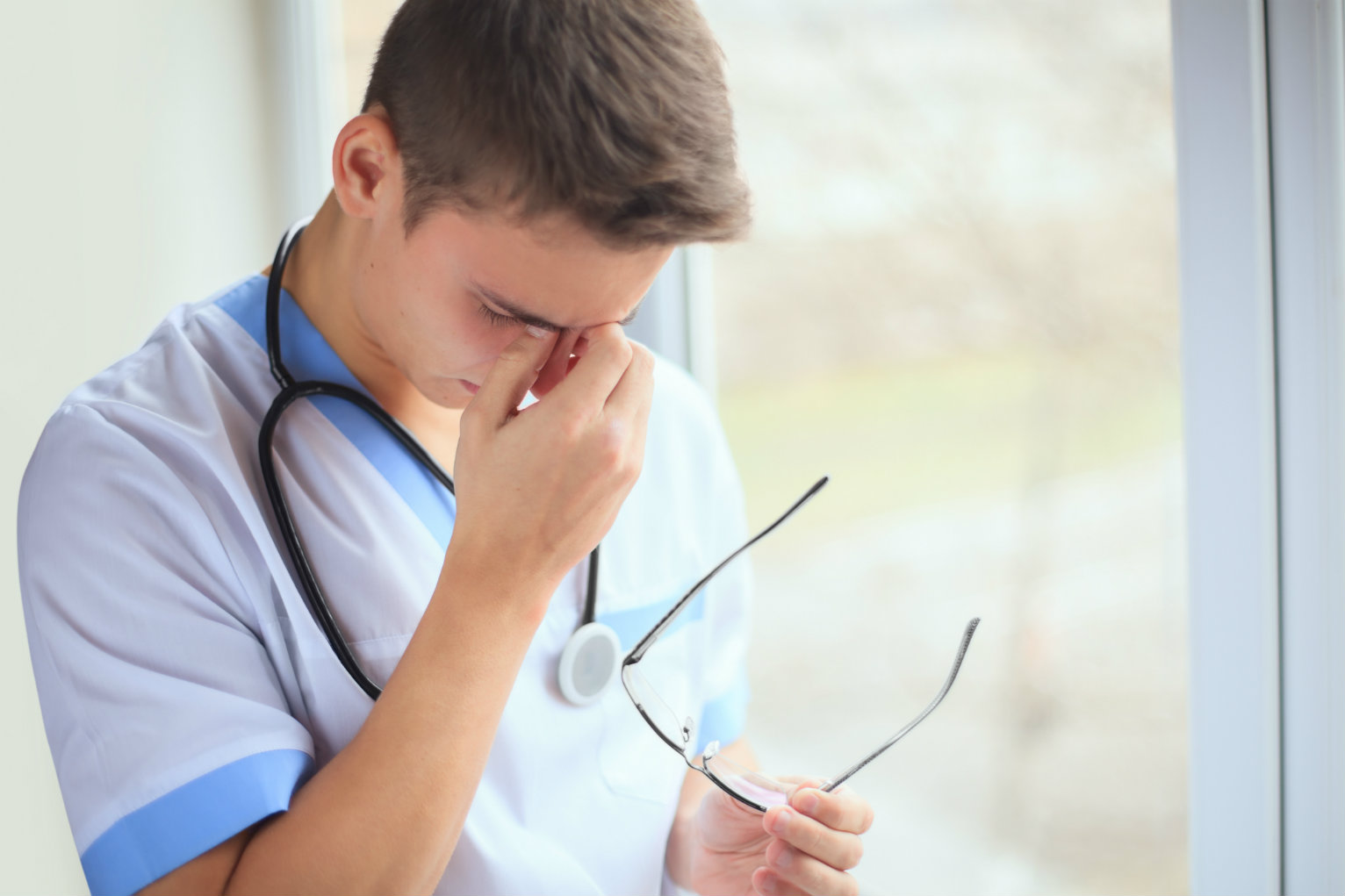 Despite being knowledgeable and acceptant of depression as a well known clinical entity, medical students still seem to attach a stigma to depression. Even though a majority of them admit to being depressed at some point in medical school, most choose to suffer in silence rather than seek help for their emotional struggles. A comparative study by Schwenk et al. [1] of students with moderate to severe depression versus none to minimal depression found that “If I were depressed, fellow medical students would respect my opinions less” (56.0% vs 23.7%) and those faculty members would view me as being unable to handle my responsibilities (83.1% vs 55.1%). First and second-year students more frequently agreed than third and fourth-year students that seeking help for depression would make them feel less intelligent (34.1% vs 22.9%).
Depression among medical students is often unrecognized until it is too late. Stress from academia, financial worries about loan repayment, the pressure to find a job, failed relationships during this period often prove very stressful. Sleep deprivation, poor diet, lack of exercise due to time restraints only adds to the problem [2]. Depressed students are more likely to engage in risky behaviours such as binge drinking, smoking, substance abuse and even suicide to cope with their emotional pain [3].
The aim of the study done by Prasad was to identify depression among medical students in a medical college and to identify resources established for prevention and treatment of depression. Comparing the prevalence of depression among various years of medical school would be the ideal way to detect the year specific causes for depression and provide preventive and therapeutic services by focusing mainly on these groups.
A survey research study was conducted by Prasad at Jubilee Mission Medical College (India) and included 294 students enrolled in medical school (100 first-year, 97 second-years and 97 fourth-year students) with no previous diagnosis of depression. A 21- Question Hamilton depression scale (HAM-D) form was filled out by the medical students.
Completed questionnaires were collected from students and the results showed the following-
First-year students- No depression- 48%), Mild- 39%, Moderate- 10%, Severe- 3%
Second-year student- No depression- 74.22%, Mild- 21.64%, Moderate- 4.12%, Severe- 0%
Fourth-year student- No depression- 55.67%, Mild- 32.98%, Moderate- 7.21%, Severe- 4.12%
It was seen that first-year students and fourth-year students had more severe degrees of depression with a total of 52% and 44.31% with some stage of depression. Severe depression was highest among fourth-year students (4.12%) closely followed by first years (3%). 120 respondents (40.4%) indicated some level of depression.
Conversations with students revealed that there was little to no formal wellness curricula at the institution. Students reported no formal advising or mentoring system involving faculty or senior medical students and remarked that contacting faculty was extremely difficult. Also, no student wellness organizations were identified and were generally not encouraged. A common theme was lack of time for students to engage in extracurricular activities because of their heavy academic load. As it was a Catholic Institute, students in distress were offered the opportunity to meet with Catholic priests with experience in counselling. There was no formal student counselling centre on medical campus.
The study suggests that medical students in India may have prominent levels of depression, comparable to medical students in the United States. Depression is most prevalent among first year and fourth-year medical students. Stress and unhealthy habits run high among medical students contributing to high depression rates and even suicide. Identifying students with these risk factors, diagnosing and providing timely therapeutic intervention is vital to prevent adverse outcomes. Medical schools must have programs in place to combat excessive stress and to recognize depression early before it leads to extreme behaviours such as substance abuse and suicide attempts.
Wellness programs for medical students have been proven to encourage the development of the medical professionalism and avoid burnout. Further studies and evaluation of innovative programs outside of counselling services such as formalized wellness curricula should be incorporated into the medical school experience to support the well-being of students.